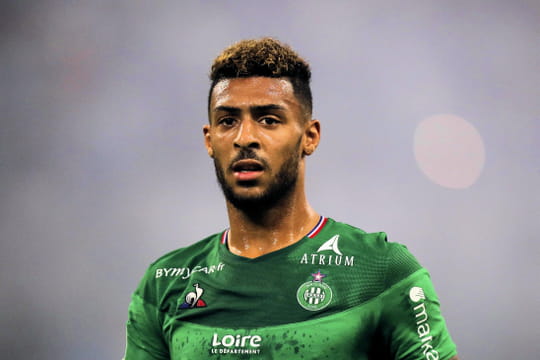 OM – SAINT-ETIENNE. OM lost to AS Saint-Etienne with the score of two goals to zero, this Thursday evening for the first day of Ligue 1, thanks to goals signed by Hamouma and Bouanga. Discover the summary of the match.

After its prestigious success at the Parc des Princes last Sunday (0-1), Olympique de Marseille had the firm intention to follow up against AS Saint-Etienne, another team which had a successful start to the season, before the reception of another direct competitor for the Champions League on Sunday, namely Losc. It was without counting the offensive inclinations of Saint-Etienne of Claude Puel, who came to play and to win. Author of a big start to the match, ASSE was quickly rewarded. Romain Hamouma cuts the trajectory of a cross signed Yvann Maçon to deceive Steve Mandanda in the sixth minute of the match (0-1). Behind, Aouchiche (8th and 17th) comes close to doubling the bet but lacks accuracy in the last gesture. OM cannot react and we will have to wait for half-time and the changes made by Villas-Boas to see the Marseillais be dangerous. Marley Aké takes a cross from Thauvin but finds the bar (53rd), before Sanson then Thauvin (55th) completely misses each other within six meters. With success, the Greens are round back and will then double the bet on their first opportunity of the second period thanks to Denis Bouanga (0-2, 73rd), after an ideal service from Arnaud Nordin. Thanks to this success, the first for 41 years at the Vélodrome for the Greens, AS Saint-Etienne also takes the lead of the League 1.

Four days after their prestigious victory at the Parc des Princes on Sunday evening (0-1), OM failed to continue this evening, with perhaps a share of responsibility for André Villas-Boas, who was perhaps a little mistaken in his starting lineup tonight against the Greens. Balerdi was in great difficulty in defense at an unusual left-back position while the absence of a number nine complicated the task of the Marseillais over the meeting. The Portuguese coach has also restored the bar at half-time, with two changes at half-time.

With this third victory in three matches, after the successes against Lorient (2-0) and Strasbourg (2-0), AS Saint-Etienne takes the lead in Ligue 1. The only team with three successes after three days, Saint-Etienne is ahead of Rennes, Monaco and Lille. OM, with this first defeat of the season, slipped to 8th place.

Florian Thauvin was necessarily disappointed at the microphone of Téléfoot, after the final whistle of this meeting between OM and ASSE (0-2): “They scored a goal quickly in that game and then we had chances to come back but we didn’t convert those chances and it killed us. You can’t afford to have so many chances and not have them. we will have to work on the finish. When we do not score, we cannot win and we will need better. “ For his part, Denis Bouanga, scorer tonight for ASSE, was obviously delighted: “Personally, I am rising crescendo because I was not good at all against Lorient, but thanks to the staff I am better today. We have had a good state of mind from the start, we do not give up, we play for each other, and we have to continue like this. “

It’s over at the Stade Vélodrome! Olympique de Marseille lost to AS Saint-Etienne this Thursday evening (0-2), during the late match of the 1st day of Ligue 1. Romain Hamouma (6th) and Denis Bouanga (73rd) are the two evening scorers from Saint-Etienne.

Mr. Buquet allows four minutes of additional time in this second period between Olympique de Marseille and AS Saint-Etienne!

Florian Thauvin is responsible for this free kick, rather than Dimitri Payet. The ball goes over the wall but Jessy Moulin flies away to deflect the opposite hand!

Valère Germain gets an interesting full-axis free kick, about 20 meters from the Stéphanois goal. Perhaps the means to allow OM to return to the end of the match.

The Greens get a very interesting free kick at the entrance to the area, slightly shifted to the left. Denis Bouanga rolls the ball … directly into the wall. The defense of OM then clears.

Despite the entry of very young players during this second period, the Greens are holding out against the uninspired Marseillais, while the end of the match is approaching more and more.

André Villas-Boas threw his last strength into the battle a little over ten minutes from the end of the match. Valentin Rongier and Hiroki Sakai are replaced by Kevin Strootman and Christopher Rocchia.

AS Saint-Etienne made the break at the end of the match! Thanks to a brilliant double contact, Nordin deposits Caleta-Car before overflowing on the right then serving full axis Bouanga, who deceives Mandanda with a perfect cross shot from the right after a good control, at the entrance to the surface. 2-0 for the Greens after 73 minutes!

Claude Puel, with just under 20 minutes left to play, has already made all his changes tonight. ASSE will have to hold on to snatch victory.

New change on the side of OM. Morgan Sanson is replaced by Valère Germain. As for the Greens, Charles Abi can not continue and is replaced by Nelson Sissoko, who celebrates his first in Ligue 1 at 19 years old. At the same time; Yvan Neyou is replaced by Lucas Gourna-Douath.

On a good cross from the right and signed Bouanga, Arnaud Nordin heads back to the far post but sends the ball directly into Mandanda’s arms!