In search of offensive reinforcements, the ASSE could soon see a SRFC forward, who would find playing time in Saint-Etienne.

Very shy this summer, theAS Saint-Etienne seems determined to revolutionize its workforce this winter, by positioning itself on several hot tracks in the transfer window. After the coming of Joris Gnagnon, Bakary Sako, Sada Thioub and Paul Bernardoni, the Greens now wish to enlist a high-level striker and could well complete this file quickly.

While the record Jean-Philippe Mateta still blocked by the club Crystal Palace, ASSE have reportedly focused their research in Ligue 1, flushing out their next big blow to the Rennais Stadium. According to media information 90football, Saint-Etienne would have entered into discussions with the SRFC for the transfer of Serhou Guirassy. Negotiations could be concluded quickly between the two French clubs. 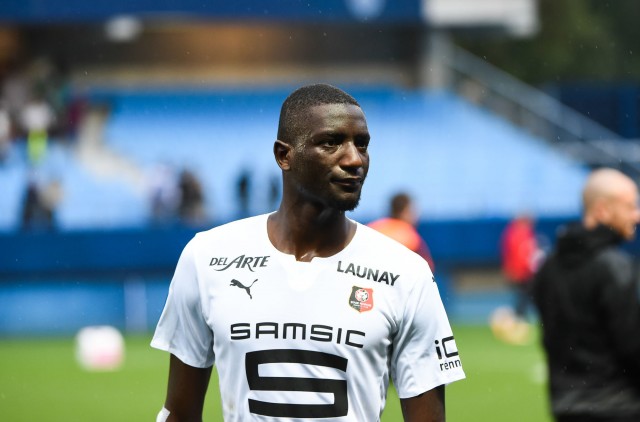 The French forward, lacking playing time since the signing of Gaëtan Laborde this summer, does not seem closed to a start and would welcome the Greens’ interest. The outlet said it would be a departure this winter, without specifying the form of the transfer. Nevertheless, given the fragile finances of the Loire club, it seems very likely that SRFC and Saint-Etienne will study the idea. of a loan until the end of the season.

AS Saint-Etienne would take a thorn in their side

If the deal between Stade Rennais and Sainté came to fruition, it would be a considerable relief for the leaders of Saint-Etienne, and in particular the duo Jean-François Soucasse-Loïc Perrin, who has been working in the shadows for several weeks to find a top striker. level in the Forez. After the failure in the Mateta case, the board of ASSE turned to low-cost tracks in Belgium, with Julien ngoy (24 years old, KAS Eupen) and more recently in Turkey with the Senegalese El Hadji Babacar Khouma (28 years old, Alanyaspor).

As a reminder, if this season Serhou Guirassy is experiencing a difficult time at the SRFC, the 25-year-old still had a more than satisfactory 2020/2021 season with 10 goals registered in Ligue 1. A very good pick therefore for the Greens.