Pope Abou Cisse returned to Olympiakos despite the will of Claude Puel to keep it. In search of a new reinforcement in defense, ASSE are cited in the footsteps of an element evolving in Serie A.

Loaned last season by Olympiakos, Pope Abu Cisse convinced AS Saint-Étienne. Alongside the Cameroonian international Harold Moukoudi (23 years old), the Senegalese defender helped stabilize a sinking defense of the Greens. But his option to buy set at 13 million euros is beyond the reach of AS Saint-Étienne’s finances. At the end of the season, Pope Abou Cisse returned to Greece. Since then, coach Claude Puel and the Loire club have started looking for a new center-back. Last I heard, the ASSE coach has reportedly unearthed the rare bird in Italy, for Parma, relegated to Serie B. 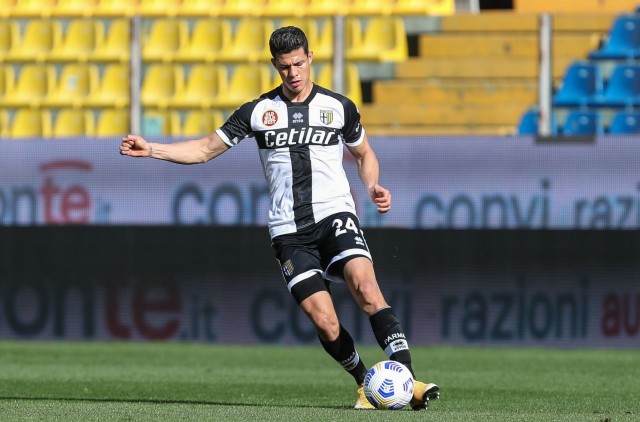 Indeed, according to the information gathered by the Italian journalist, Gianluigi Longari, AS Saint-Étienne has approached the entourage of Yordan Osorio to show interest. Under contract until June 2024, the Parma center-back is also of interest to FC Nantes. Author of 23 Serie A appearances last season, the 27-year-old Venezuelan international could therefore land in Ligue 1 by the end of the summer transfer window, on August 31.

Passed by FC Porto, Zenith Saint-Petersburg or Vitoria Guimarães, Yordan Osorio is estimated at 4 million euros by the specialized site Transfermarkt. According to the TuttoMercato reporter, a lower amount could be enough to complete this transfer. After Tunisian right-back Wajdi Kechrida (Étoile Sportive du Sahel) and Ghanaian forward Caleb Ekuban (Trabzonspor), the forward is now aiming for a central defender. It remains to be seen who from ASSE and FC Nantes will manage to recruit Yordan Osorio.

Case to be continued …